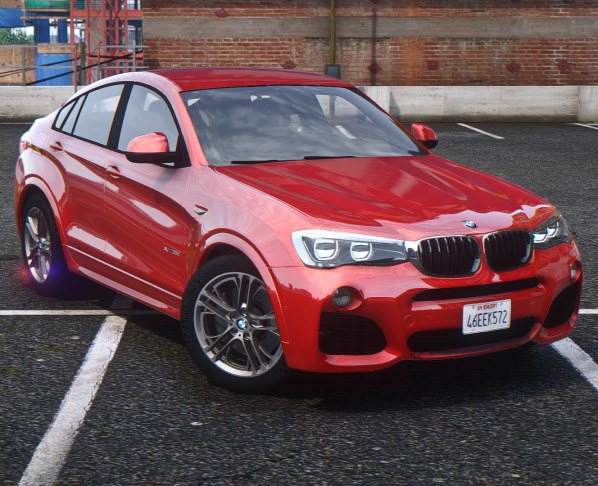 The BMW X4 F26 is the first generation of the X4 line-up. The X before the number 4 specifies that this car is an SUV.

Since the early 2000’s BMW started producing cars in the SUV segment. Their first adventure was the X5. Since then they have been producing luxury compact crossover and SUVs and to be frank they’ve got really good at it.

The X4 line-up is considered as the coupe variant of the X3. The X3 itself is a compact crossover so it’s smaller than the X5 and X7.

As with any other BMW product, this car in its lifespan received a couple of different versions with various engines.

We have presented today the M sport package, which has a different set of bumpers and rims.

We are slowly completing our BMW X model on the website! So far we’ve done three X3 models and this one is our first X4 model.

As the screenshots show, this mod has a working trunk and all 4 doors are openable.

If you are not familiar with installing mods, read this thorough article on How to install mods. Addon name:   gcmx4f26