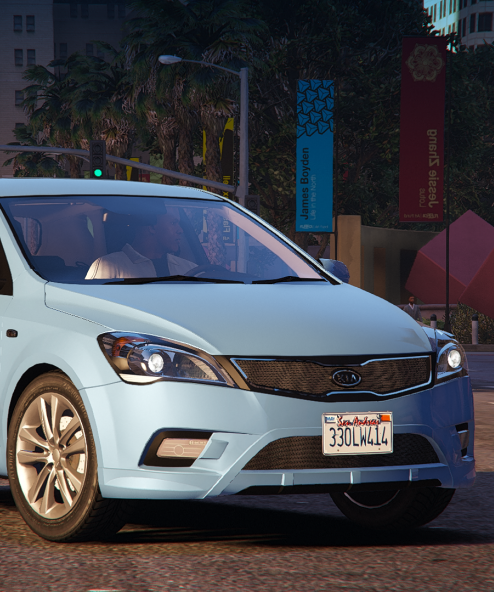 Kia Ceed’s first-generation production began in 2006 and it lasted until 2012. In 2009, Kia Ceed received a facelift. The most notable thing about this facelift is the front grill which, still has remained Kia’s signature. This car had various engine options from 1.4L up to 2.0L and it is amongst weaker KIA models.Kia Ceed is the best-selling European model of Kia, with more than 100,000 sales per year, because of its 7-year warranty which is one of a kind amongst other car manufactures in Europe.

All the functional features listed here are available for this mod.

If you are not familiar with installing mods, read this thorough article on How to install mods.
Addon name: gcmceed12

The model was taken from Serbian_mods’ Sa mod.