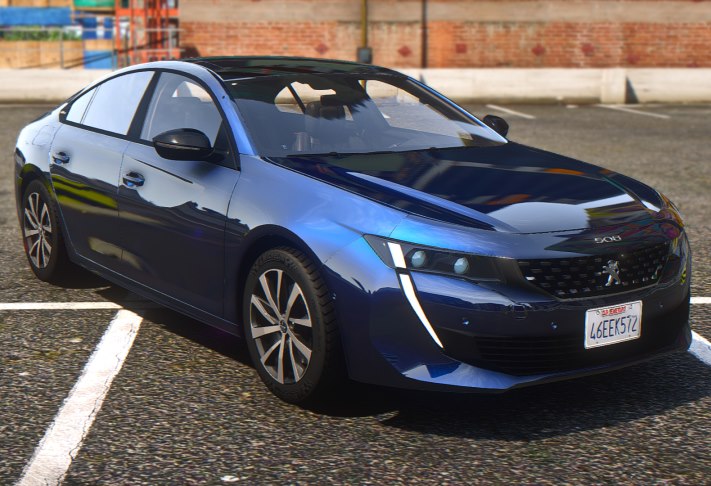 The interesting thing with French car manufacturers, especially Peugeot, is that they design futuristic car concepts ( like other car manufacturers ), but they actually somehow make those designs work and turn them into mass-produced vehicles.

This 508 features the Peugeot’s new design language which frankly has been massively successful. It has been featured on other Peugeot products such as the 20x family, 30x family, etc.

Although Peugeot has already moved on to a new design with its new logo which can be seen on the latest 308 models, it’s not as revolutionary as the design of the 508 when it came out in 2018.

There have been some efforts to make this car a mod for GTA 5 before, but those haven’t been up to this car’s standards. We wanted to make a mod to represent The 508’s true beauty.

This car is remarkable both inside and outside. The interior is like a spaceship and the exterior has set a new way for Peugeot.

Because of the YTD file size, this mod is not compatible with FiveM currently.

If you are not familiar with installing mods, read this thorough article on How to install mods.
Addon name:   gcm508gt2021