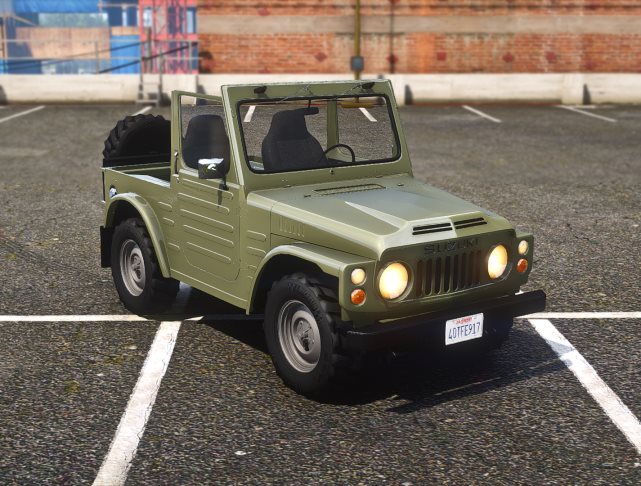 The Suzuki Jimny is a series of 2-door mini SUVs that have been around since the 1970s.

It has had 4 main generations with many facelifts for each one. The one that we are talking about today, is the last facelift for the first generation.

the SJ20 has been in production since 1977 and is the last facelift designed for the first generation of the Suzuki Jimny.

Compared to previous variations, It has a new grill and metal doors.

The Suzuki Jimny SJ20 has a 797 cc engine capable of producing 42 horsepower. It is definitely amongst the weakest off-road cars ever produced, but Suzuki has always made this car popular with its cheap price tag and utilizing new technologies to make it a competitor in the market.

The SJ20 was retired in 1981 to make room for the second generation of Suzuki Jimny, the SJ30.

The Suzuki Jimny might be the cutest SUV ever created. Although the SJ20 might not be the best option to go off-roading with, it tries its best! give it a chance

This mod has a full interior with quality door panels and door sills like all of our other mods. But it lacks the engine and the trunk.

To read about the usual features of our mods follow this link: Our GTA 5 Mods features

If you are not familiar with installing mods, read this thorough article on How to install mods. But if your game is already suitable for mods you can add the mod to your game with this name:  gcmjimny77