By using our website, you agree to the use of our cookies.
Got it!
View cart “Toyota Corolla Hatchback 2021 GTA 5” has been added to your cart. 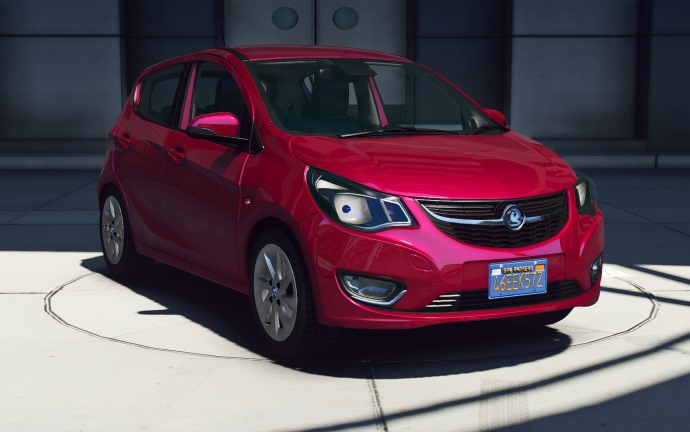 The Vauxhall Viva is an old lineup of family sedan cars from Vauxhall which was in production from 1963 until 1979.

In that time span, Vauxhall released 3 different generations of this car, and the production ended in 1979 with Vauxhall Viva HC.

But that wasn’t the end for the Viva lineup as Vauxhall revived this name in 2015 with the Vauxhall Viva SL.

The Vauxhall Viva SL 2016 is Vauxhall’s attempt to revive the Viva name. This car was based on the Chevrolet Spark and marketed as Opel in most the Europe. But that didn’t take long and again in 2019 the production of Viva was discontinued.

Will the Viva come back again at some point in the future? Maybe as an SUV!

The 3D Model of this mod has been acquired from the HUM3D website so you can expect the highest quality of the base 3d model and the highest conversion quality from us.

This mod comes with all the functional features listed on this page. Although there is no engine and engine bay for this car, the trunk is  available.

If you are not familiar with installing mods, read this thorough article on How to install mods.
Addon name:  gcmviva2016