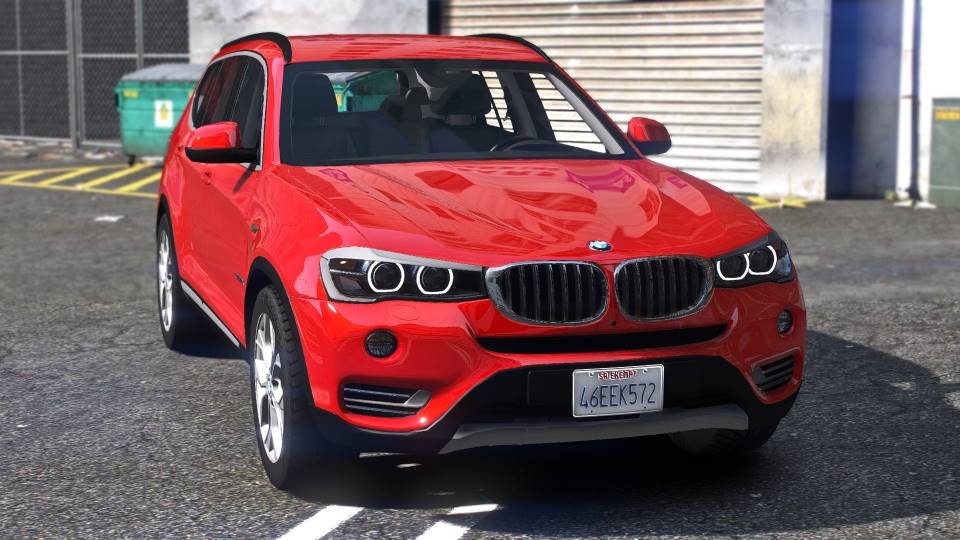 Now back to this model. The second generation of the BMW X3, first launched in 2010. The mid-cycle facelift ( this mod ) happened in 2014 and changes in front headlights and grill were much more pronounced rather than the back of the car. The facelifted X3 received newly modified twin circular headlights as well as a chrome kidney grill.

The interior also has received some changes which you can observe in the image gallery or experience yourself when you play this mod in GTA 5.

Just like the previous X3,  this one also has a high-quality model with a detailed interior. The famous BMW headlights have been modeled precisely and every light function works exactly like the real model.