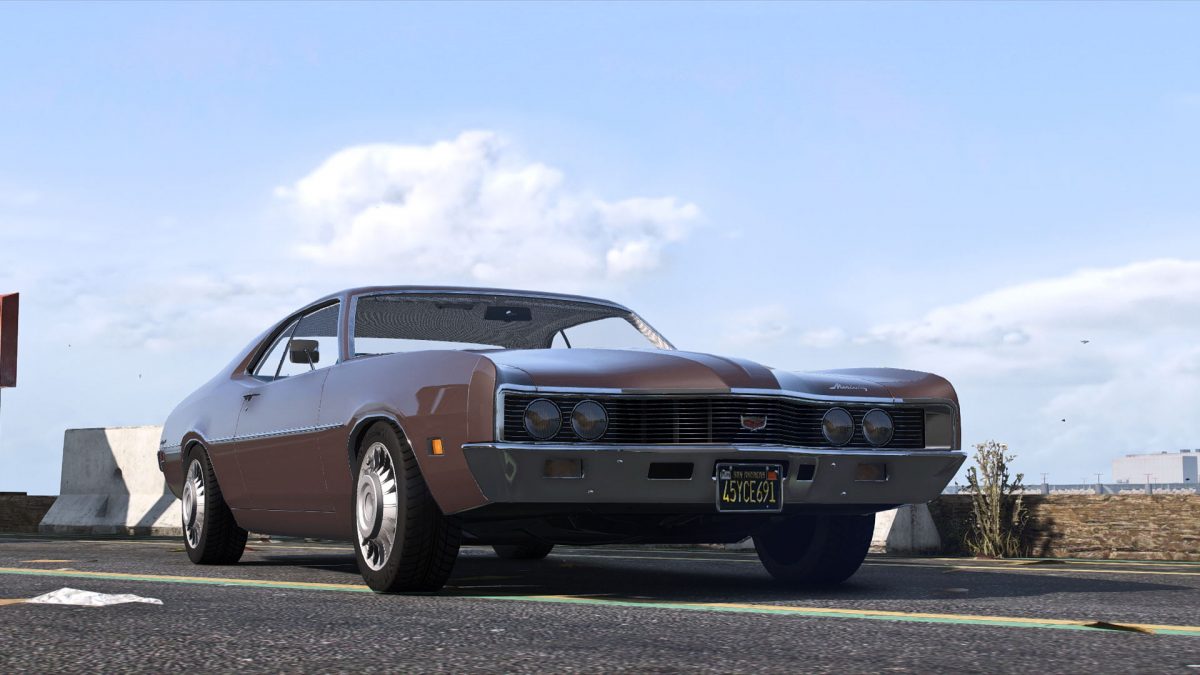 Mercury Montego has had 3 separate generations. First-generation was in production from 1968 until 1971, which received a facelift in 1970 and it had 4 variants. a four-door sedan, two-door hardtop, four-door wagon, and a two-door convertible. The mod that we have provided, is the facelift version of the first generation of Mercury Montego.

The second generation of Montego was manufactured between 1972 and 1976. Then this brand took a 28-year absence and re-released in 2004 only to be discounted again in 2007.

The Mercury Montego has a 4.1 L V6 engine capable of producing only 92 horsepower as well as a 5.0 L V8 engine with 137 horsepower. It’s amazing how much more efficient today’s cars are.

This car has all the functional features listed in this article.

If you are not familiar with installing mods, read this thorough article on How to install mods.

the 3d model was done by ArkViz and downloaded from desirefx.com