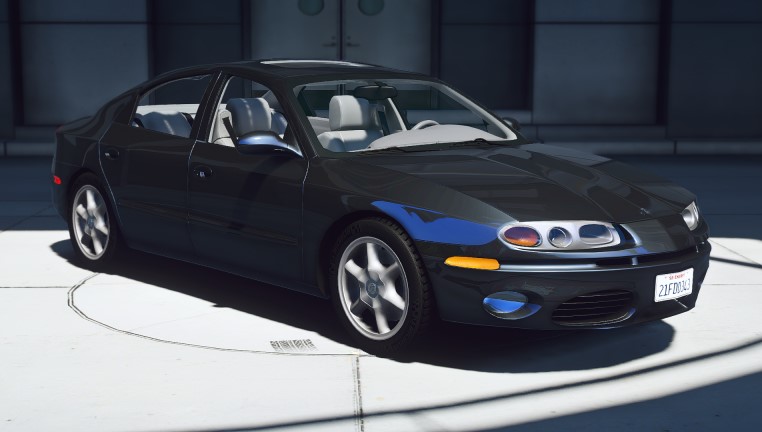 It’s 1985 and everything is great for Oldsmobile. 1 million units sold per year makes Oldsmobile be in a really good place in the North American market. Only 7 years later and numbers are rapidly declining. By 1993 the 1 million units figure is now only 400k.

The Oldsmobile Aurora was General Motors’ last attempt to revive the Oldsmobile brand and help it survive. Aurora is a luxury sports sedan with a powerful engine that was supposed to compete with German giants such as BMW and Benz that took its place.

Although after only 2 generations, and not succeeding in achieving its plan, Oldsmobile left us with 2 really interesting cars. The one that we are going to talk about is the second generation of the Aurora.

The Oldsmobile Aurora2002 is the second generation of the Aurora lineup. It got introduced in 1999 and hit the market in 2001. There are 2 powerful engines available for this car. A 3.5 L V6 and a 4.0 L V8.
Being produced as a luxury vehicle, the Oldsmobile Aurora is packed with impressive features that make this car a good option even with today’s standards. Keyless entry, 6 speaker sound system, front and side SRS airbags, Single disc CD player, and the high-quality interior are some of the notable features of this car.

A rare mod that has appeared for GTA 5 for the first time. Fully detailed interior with High-quality exterior as always!

The model also features a trunk while having all the functional features listed here: Our models  main features.

If you are not familiar with installing mods, read this thorough article on How to install mods.
Addon name: gcmaurora99