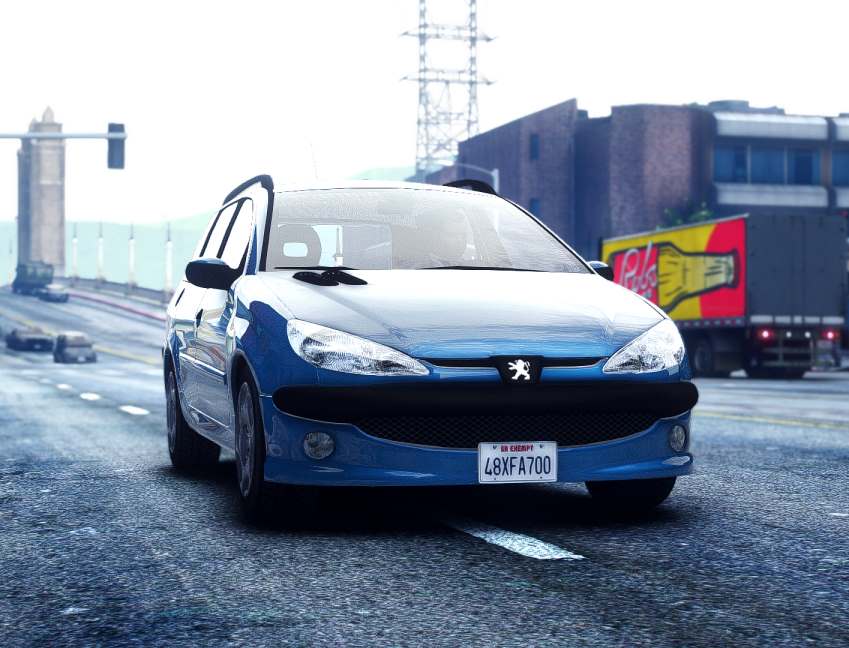 As small as Peugeot 206 is, it has had so many different variations, from 1998 until now ( Yes it’s still being produced in some countries ).

Another version of 206 is the Peugeot 206 CC which is a convertible coupe that was introduced in 2001. Also, there is an infamous model which is a 4-door notchback sedan that was unveiled in 2005 and it is still available. Finally, we get to the SW variant! ( if we ignore all the 206+ models and WRC one )

List of features available for all of our mods

If you are not familiar with installing mods, read this thorough article on How to install mods.
Addon name: gcm206sw

Model from 3cg , gamemodels and rear bumper modeled by Canadian_mods .