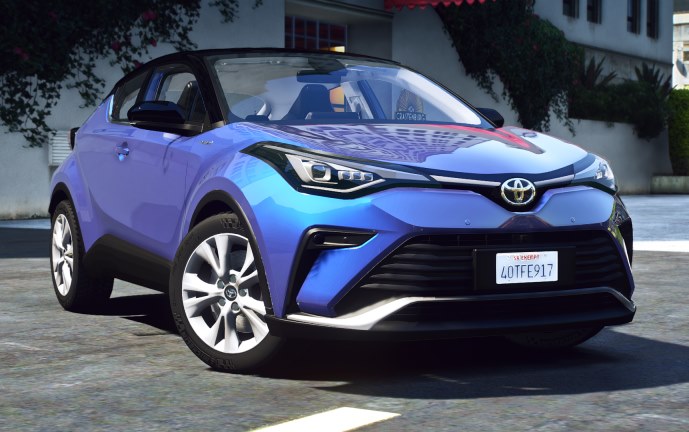 The Toyota CH-R is a sporty crossover SUV produced by Toyota since 2016. Therefore it is one of the newest lineups created by this giant Japanese car company.

Like many other Toyota products, the Toyota CH-R is sold worldwide. As the sale numbers show, it has sold more than 100,000 units per year in Europe since its release. It is putting up good numbers in other countries such as China, Japan, and the US with an average of 50,000 units sold per year.

There are specific versions of this car for each market. For example, Europe gets the 1.2-liter turbocharged as well as a  2.0-liter Hybrid, but the 2.0-liter 3ZR-FAE is only available for the North American markets.

A facelift for this car was introduced in 2019 alongside a new GR variant.

Another High-Quality convert with a full interior and a trunk. There is no engine in this mod so the bonnet is closed. The model has been re-textured with high-quality materials and supports all the necessary functionalities.

If you are not familiar with installing mods, read this thorough article on How to install mods.
Addon name:   gcmchr2021