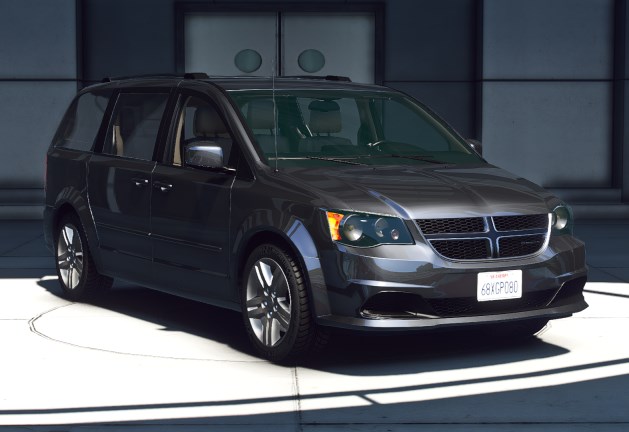 The Dodge Caravan is the first minivan of the world, manufactured by Chrysler from the 1984 to 2020.

During these years, 5 generations of the Caravan got introduced to the markets. first generations were only available in 3 door format but eventually the later models had the 4 door body style.

The Dodge Caravan 2020 is the fifth and the last generation of the Caravan lineup. It was available since 2008 until 2020, when it got discontniued eventually.

During the 12 years of its production, the Dodge Caravan received only 1 minor facelift, which is definitely interesting since the car was popular in North American markets and Dodge didn’t bother to refresh the car in its long lifetime.

The Dodge Caravan was was offered in different trims, the most powerful of which was equipped with the 4.0L V6 capable of producing 241 horsepower.  Although the production of this model ended in 2010.

There are 2 different trims available for this mod. The Crew Plus and the GT.

Apart from the visual differences, the GT variant has a faster acceleration and top speed with a different engine sound. Also the suspension is more firm and sporty.

This mod comes with a trunk, but there is no engine available.

If you are not familiar with installing mods, read this thorough article on How to install mods.
Addon name:  gcmcaravan2020crewplus  /  gcmcaravan2020gt

Be the first to review “Dodge Caravan 2020 + GT” Cancel reply