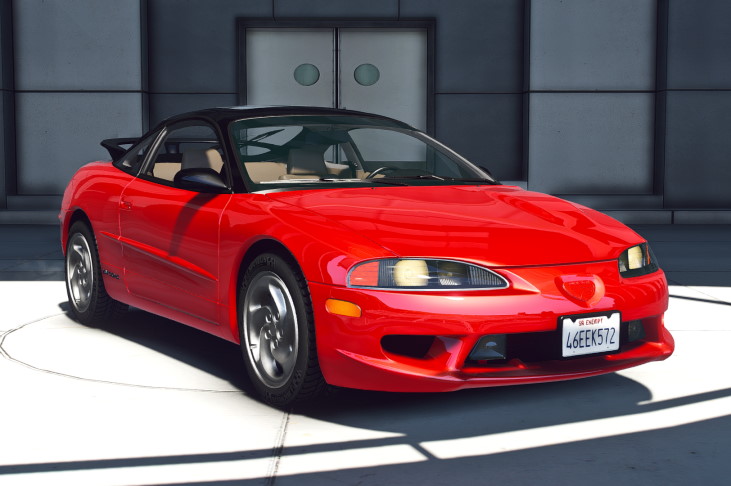 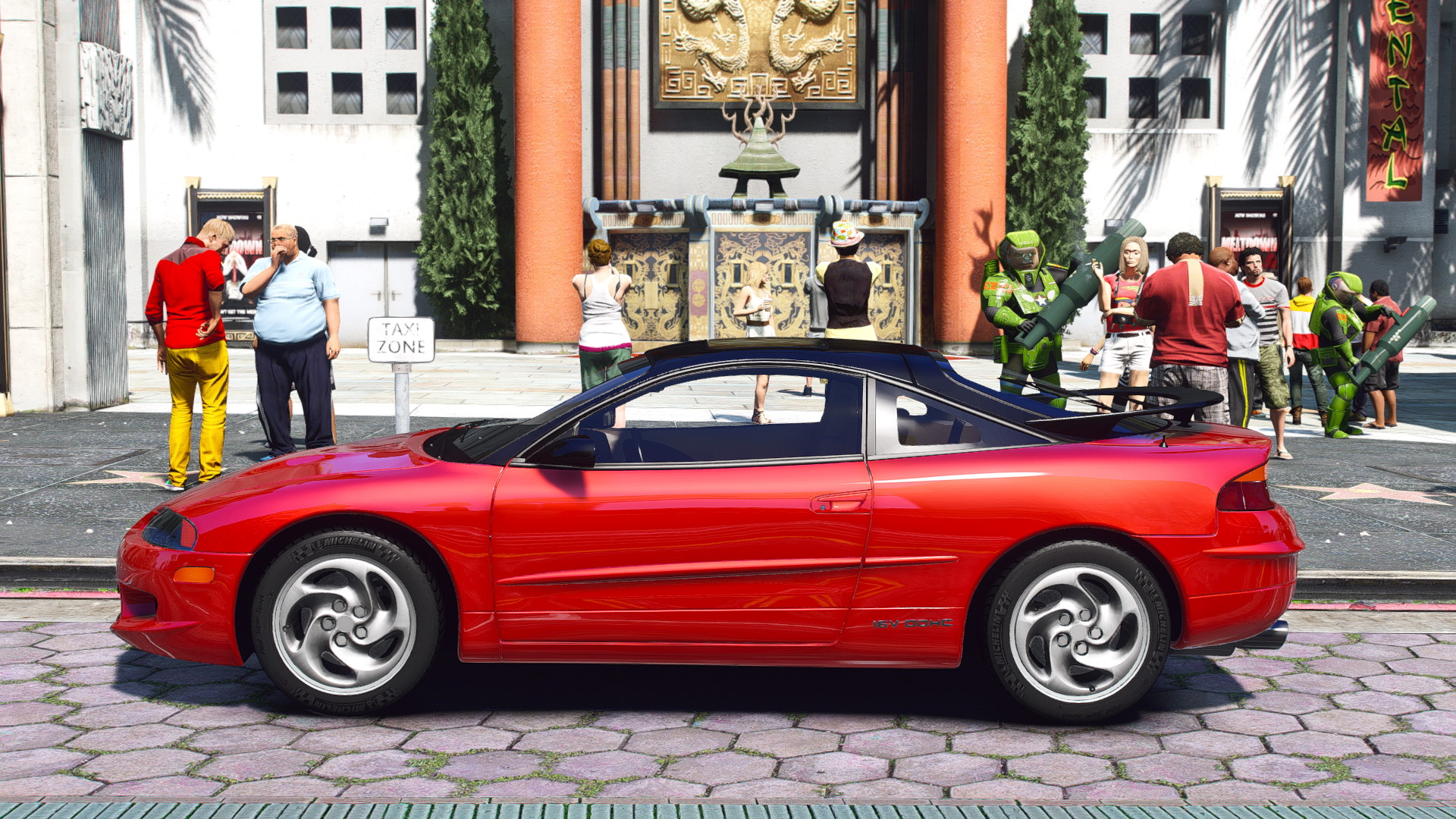 The Eagle was a division of Chrysler that used to produce re-badged cars from 1990 until 1998.
In this short era, The Eagle introduced 2 generations of the Talon which were based on the Mitsubishi products.

The Second generation of the Eagle talon, was introduced in 1995 and was based on the Mitsubishi Eclipse. The Talon had the same specifications as the Eclipse, but there was some exterior changes compared to it.

Compared to the Eclipse, talon has different bumpers, taillight, rims and spoiler.

The TSi variant has a 2.0 Liter l4 engine that is capable of producing 210 horsepower. 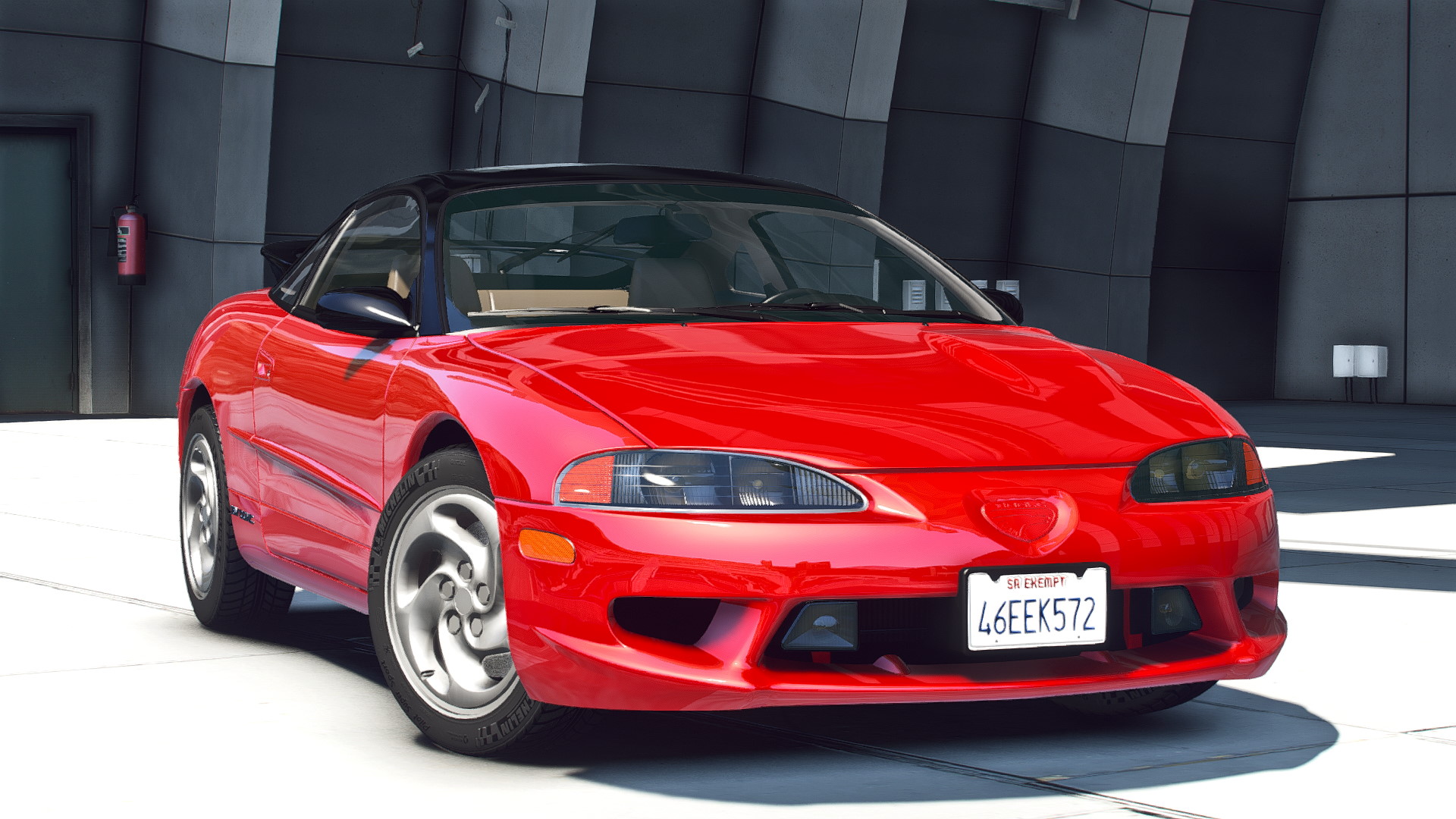 If you are not familiar with installing mods, read this thorough article on How to install mods.
Addon name: gcmtalon98