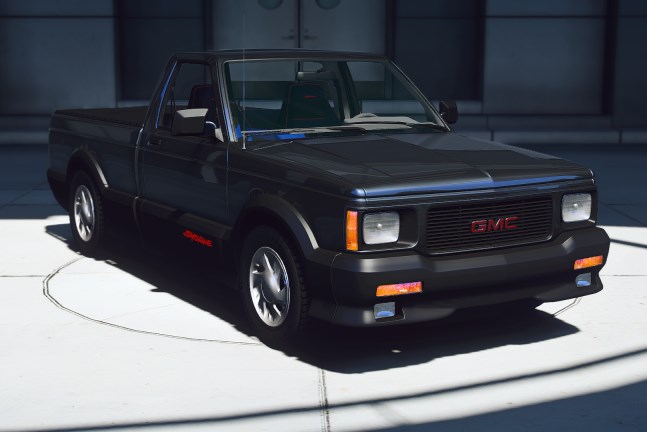 GMC  Syclone 1991, one of the fastest pickup trucks of its time was introduced in 1991 by GMC.

It featured a 4.3 L Turbo V6 that could make Sycolne go from 0-100 km/h in only 4.3.  Although this number might not seem impressive today compared to electric cars that can accelerate much faster, for its time it was massive.

Two interesting facts about this car! The first one is that the 1991 model can only be found in black since it was only offered in that color. and out of the total 2998 models that were made, only 3 were built in 1992.

If you are not familiar with installing mods, read this thorough article on How to install mods.
Addon name:  gcmsyclone

Be the first to review “GMC Syclone 1991” Cancel reply