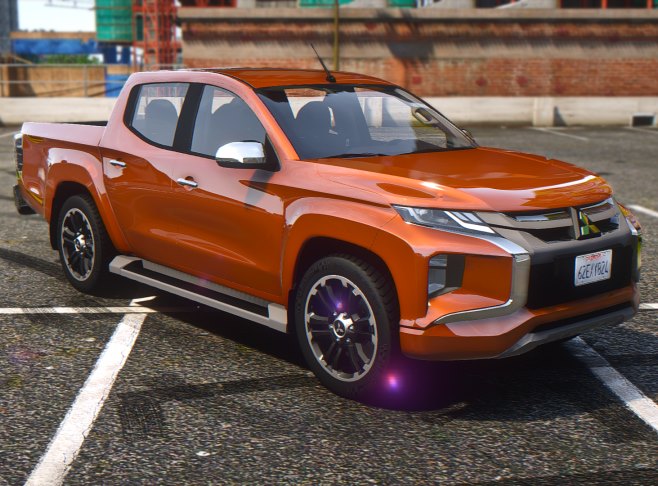 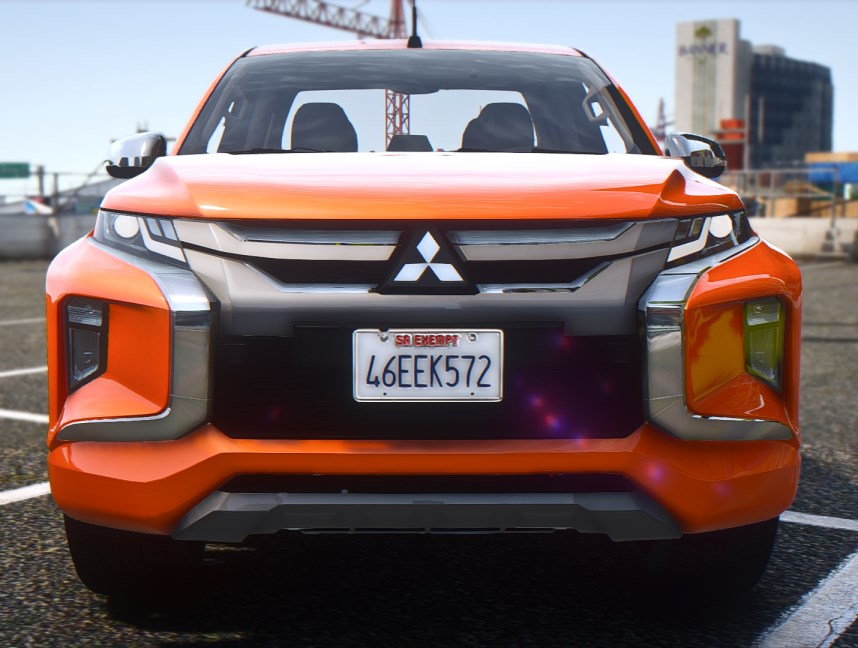 The Mitsubishi Triton is a series of compact pickup trucks produced by Mitsubishi Motors since 1978.

This lineup is also known as the L200, Rodeo, Colt, Storm, and Magnum depending on which market it is destined to be sold at.

The Mitsubishi L200’s 5th generation has been in production since 2015. It seems that at first, the appearance of the car wasn’t Mitsubishi’s main objective, however, in 2019 Mitsubishi completely changed the design of this car and made it much much better. Comparing this car with the pre-facelift version, they don’t even look to be from the same manufacturer.

This car is produced in two body styles. 2 doors, and 4 doors ( which as you can see it’s the version we have prepared ).

A good-looking pickup truck for GTA V. Something that is not that common in GTA streets.

Hope you enjoy this one and have fun with it.

All 4 main doors are openable but this mod doesn’t feature an engine or the trunk.

If you are not familiar with installing mods, read this thorough article on How to install mods.
Addon name:   gcmlc200