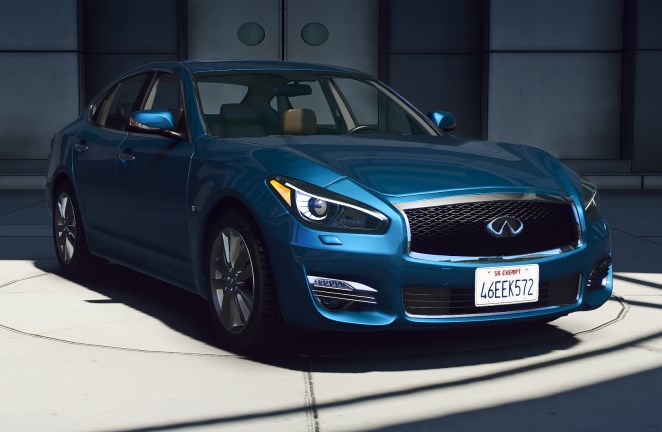 The Infiniti Q70 is the first and the only generation of the Q70 lineup from Infiniti. Infiniti is responsible for producing luxury products for Nissan.

The production of this car started in 2013 and ended in 2019 after a disappointing number of sales in main markets such as the US and Canada.

Initially, this car came with a 3.7-liter V6 engine which could produce 330 horsepower. The most powerful engine on this car was a 5.6-liter V8 that was also offered on the AWD configuration. The mentioned engine could produce 420 horsepower.

This mod features an HQ interior and exterior. 4 main doors of the car are openable but the model doesn’t have an engine or a trunk bay.

If you are not familiar with installing mods, read this thorough article on How to install mods.
Addon name:  gcmq70