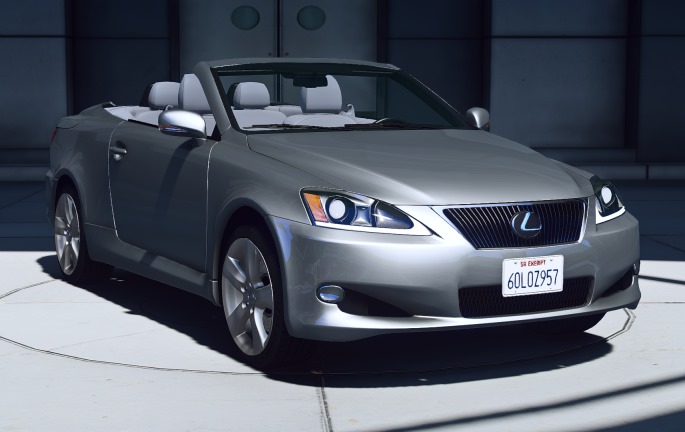 The Lexus IS XE20 is the second generation of the IS lineup with has been in production since 2006.

The IS is Lexus’ move toward making sporty and exciting cars to compete with the likes of the BMW 3 series. Although Lexus products always prioritize Comfort and Luxury over sportiness the IS was made to alter that.

The Second Generation of the IS lineup received various versions throughout its lifetime which was from 2006 until 2013. Recognizing all the versions and their differences requires a true Lexus Professional.

The version that we have here, is the Cabriolet variant which was designed by Katsuhiro Suzuki. Unlike other cabriolet versions of other car manufacturers, the Lexus IS XE20 Cabriolet has a completely different design compared to the Sedan version at the back of the car.

Personally, I prefer the Cabriolet over the Sedan version since it has a different design and it’s rarer, therefore it’s more special in my opinion. What version do you prefer?

This car features an HQ exterior and interior as well as a hard-top roof which is as ‘extra’ ( no animated roof ).

The mod is fiveM compatible. Although keep in mind that it doesn’t have an engine or a trunk. We might add them eventually but definitely not for the near future.

You can also change the interior material and all the functional features that are listed here are available: Our models features.

If you are not familiar with installing mods, read this thorough article on How to install mods.
Addon name: gcmis200convertible

1 review for Lexus IS XE20 Convertible