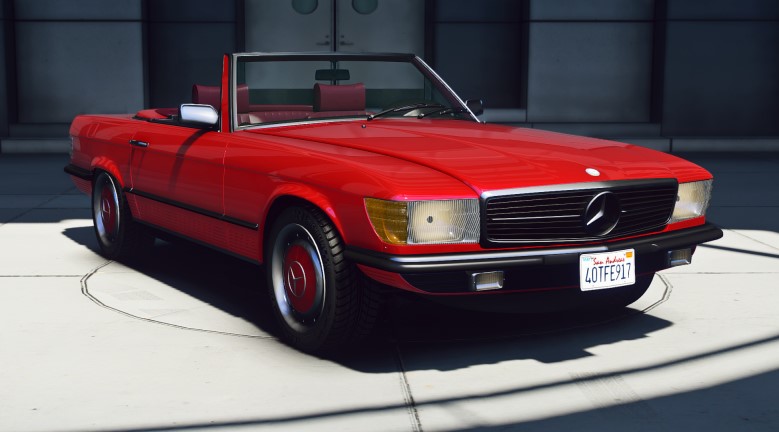 The SL line up which translates into ‘ Super Light ‘ is a luxury two-seater sports car produced by Mercedes Benz since 1954. Back then when the only fast and exciting cars were produced by the likes of the Ferrari and Lamborghini, SL was a unique car from Mercedes that could provide luxury and comfort on top of its performance.

The design and the technologies used in 350 SL were years ahead of its generation and that might be the reason for which Mercedes didn’t feel the need to release the next generation until 1989. That’s almost 20 years of production which makes the R107 the second longest single series produced by Mercedes Benz after the G class.

The Mercedes Benz 350 SL 1971 had been equipped with a 3.5-liter V8 engine that could produce a whopping 197 horsepower! Yes, it’s not that much for today’s cars when your Corolla can go faster than that, but for 50 years ago it was huge.

Another classic from Mercedes Benz and a very special one indeed. For this mod, we created a vector cluster gauge with 3D parts to give you the best experience while you seat behind the wheel.

All the parts in the dashboard were created from scratch with high-quality components. Instead of using pictures for parts like the radio, everything was designed 3D with HQ textures.

You can equip different roofs via trainers ( tuning parts ). So there are 3 situations available

Handling has been tuned in a way to replicate the car behavior but in relation to the GTA. To see all the functional features that are available see this link.

If you are not familiar with installing mods, read this thorough article on How to install mods.
Addon name:  gcmsl350r107