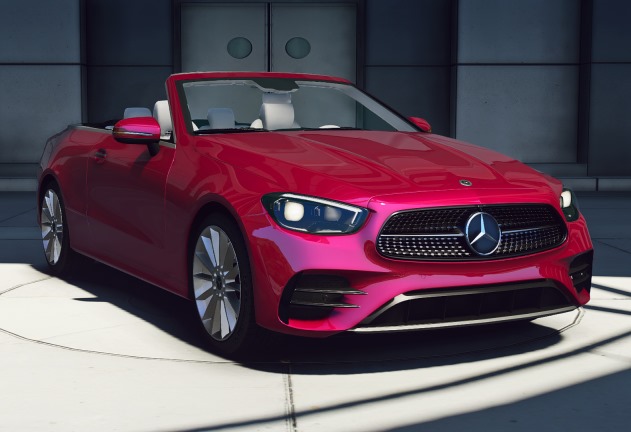 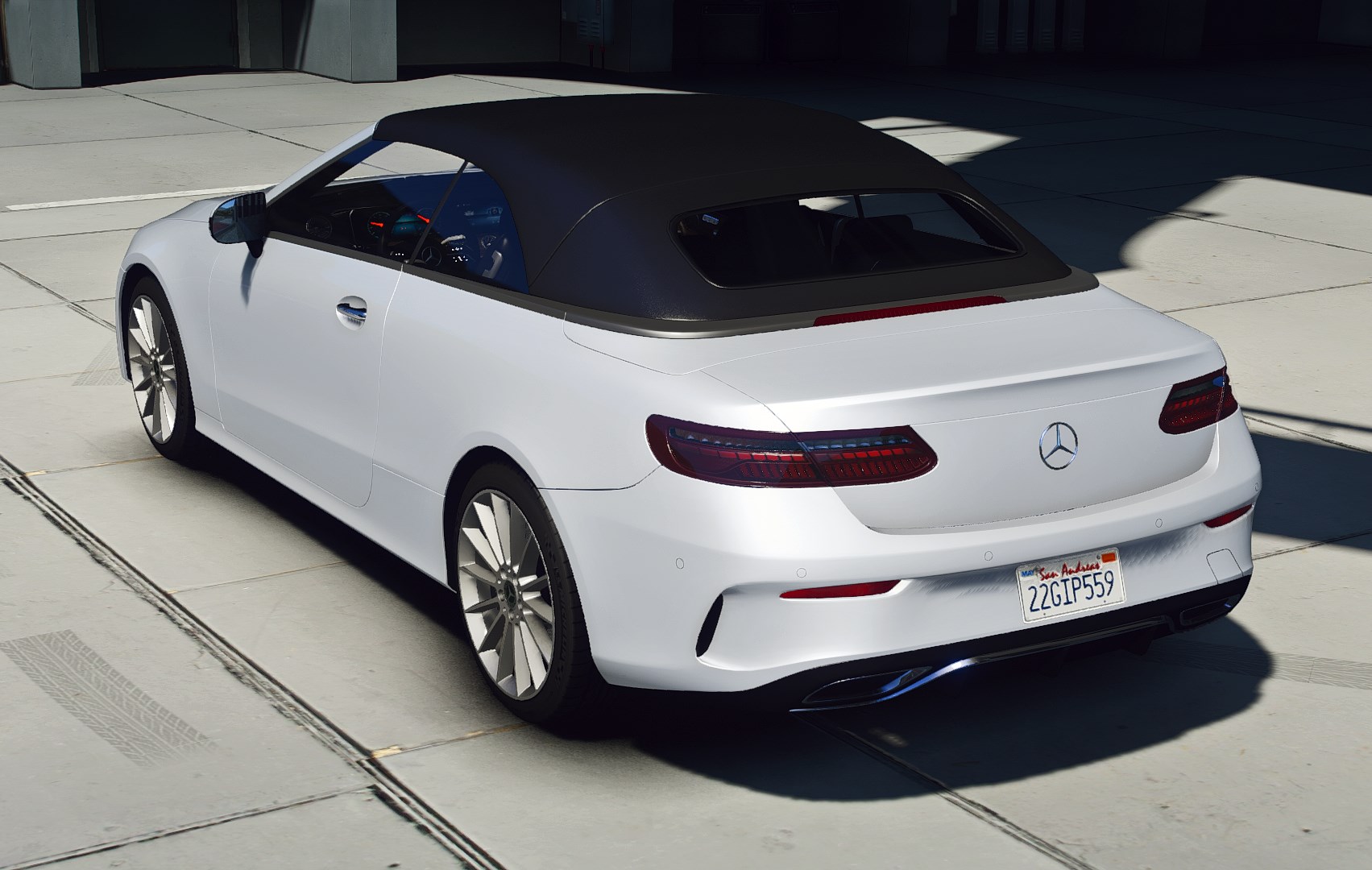 What would you do if you had a lot of money and wanted a luxurious sporty Mercedes? Would you buy an S class coupe? an E Class coupe or the C class? If your answer is the E Class, this is the car for you!
The Mercedes Benz E Class Cabriolet 2021 is the cabriolet variant of the facelift version of the Mercedes Benz W213, the 5th generation of the E Class lineup.

The 5th generation of the E class was initially introduced in 2016 and released in 2017. After 3 years the W213 received its facelift which introduced a lot of visual changes for the exterior and the interior of the car as well as some performance-related upgrades.

The E Class pre-facelift had 4 main body types. the Sedan, The Coupe, Estate, and finally the Cabriolet. All of the mentioned body types underwent changes with the introduction of the facelift version.

Although the changes are more drastic for the sedan variant, the back-end of the coupe and the convertible remained relatively similar to the pre-facelift model. I personally prefer the overall design of the convertible over the coupe. Since it is a soft-top it won’t add additional weight to the car ( apart from the added weight for the convertible-body structure ) and the mechanism for it is not that complicated so it won’t break soon.

If those number doesn’t satisfy you, you can spend even more to get the AMG model. The E53, which has a 3.0-liter engine and produces  429 horsepower. 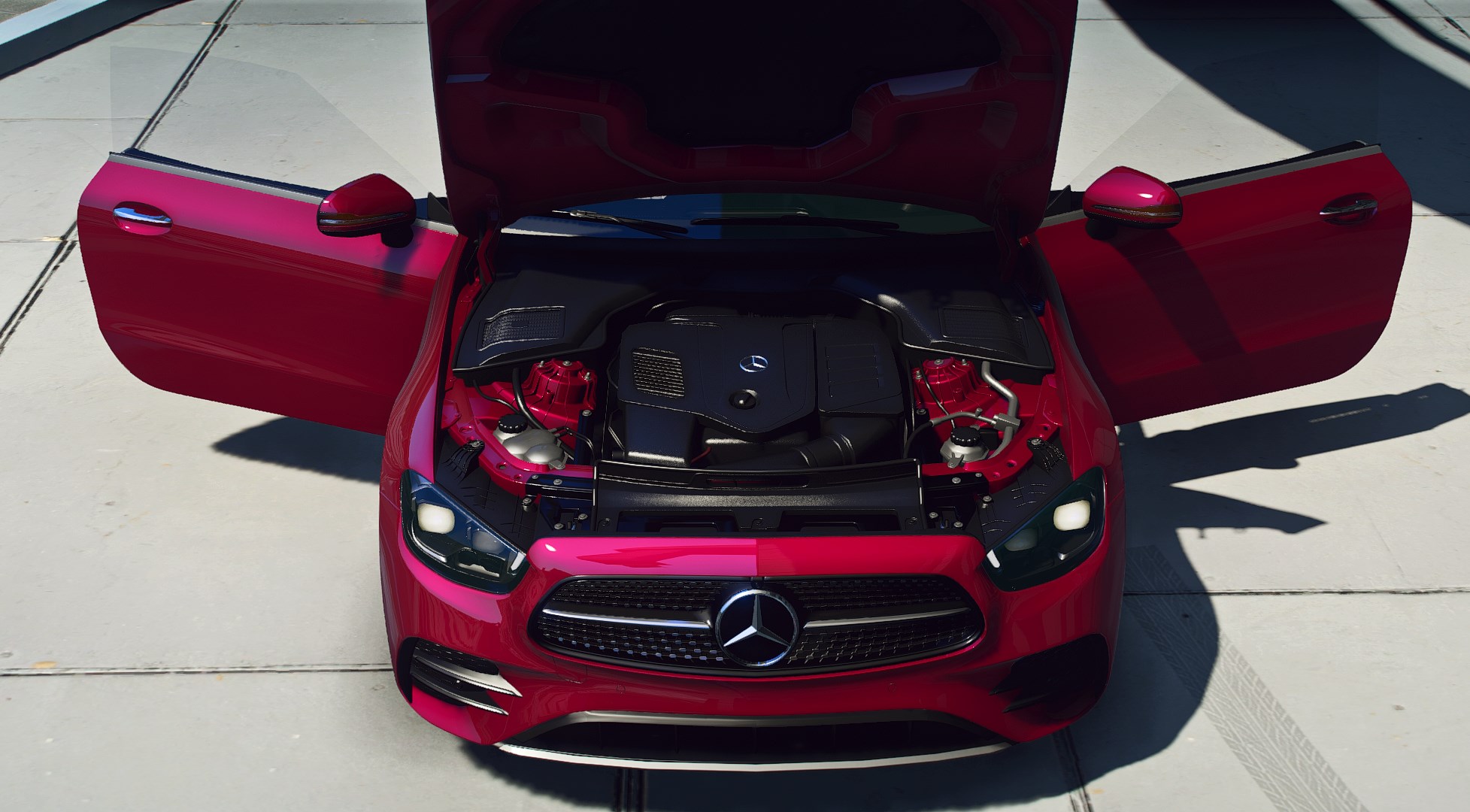 It took us more than 5 months to acquire the 3d model, prepare it, and add all the parts necessary for it to be in GTA and to finally convert it.  This mod has a 3D detailed engine, HQ exterior, and interior with 2 tuning options. The first one is for the roof and the second one is for the front seats of the car.

We made these options available to make the car FiveM compatible while being optimized and fully available in-game.

To see all the functional features that are available on our mods, visit this page.

Be sure to check our Instagram to get the latest news as fast as possible.

If you are not familiar with installing mods, read this thorough article on How to install mods.
Addon name:  gcmw213flcabrio

3D models by SQUIR and HKV.