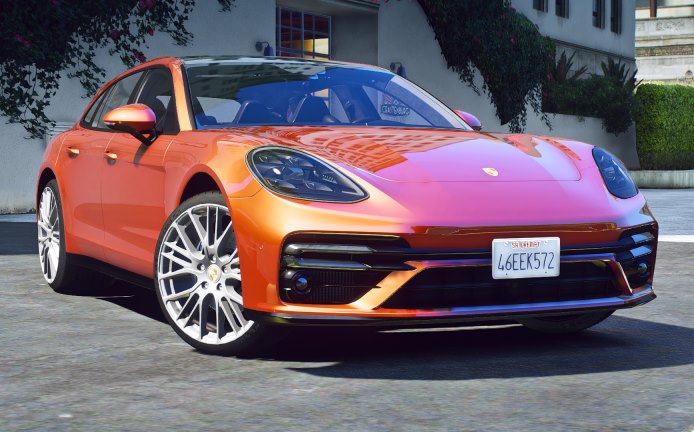 The Porsche Panamera is a unique car from Porsche AG that has been in production since 2009. I say unique because it has a particular body type that is exclusive to Porsche.

The first version of the Panamera came in 2010 and continued until 2016.  The second generation started its production right after the first generation and has been in the market until now. With the success that the Panamera has been getting it doesn’t seem that Porsche discontinue this model any time soon.

The Porsche Panamera Turbo S Sport Turismo 2021 introduced a couple of minor visual upgrades for the 2021 model year with its facelift. The Turbo S is the most powerful version that has been represented here. It gets a 4.0-liter twin-turbo V8 engine that produces 621 horsepower at 6000 rpm.

Although recently Porsche has introduced an E-Hybrid variant that combines a combustion engine with an electric motor that produces a lot more compared to the Turbo S ( 690 horsepower ).

A Quality convert that took so much time! we had to replace and re-design a lot of things to get this car to the level that we want. It has a complete engine, trunk, and interior with all the doors being openable.

The engine parts were re-textured completely to make it the one with the best quality available. Please share your feedback with us if you see any problems.

If you are not familiar with installing mods, read this thorough article on How to install mods.
Addon name:   gcmpanameratst21