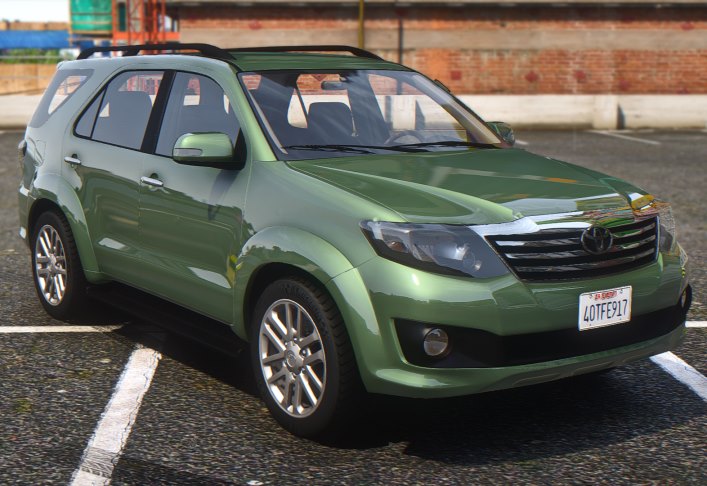 The Toyota Fortuner, also known as the SW4, first appeared in 2004 as a mid-size SUV. The first generation continued its production until 2015.

In the time span of 11 years, this car received 2 facelifts. The first facelift was brought in by Toyota in 2008 which wasn’t a major overhaul to the design of the car.

The second one, however, introduced more drastic changes as the front fascia was revised with a new hood, fender, grille, and headlights. Also, the back of the car received pleasant changes which modernized the look of the aging car (at that point 7 years old ).

The model that is introduced here, The Toyota Fortuner 2014 is the second facelift of the first generation of the Fortuner lineup.

There are 3 Petrol engines available for this car. The base engine is a 2.7 L 2TR-FE l4 but the most powerful one is a 4.0 L V6 which is definitely a lot more capable than the base option.

We’ve had many requests for this car, and finally, here it is.

Although I have to ask a favor, please do not use the contact form or Instagram direct for your requests. We constantly try to introduce popular mods on our website, and yours might be next.

But if you keep messaging and asking for your favorite mod in different places it won’t do you any favor.

If you are not familiar with installing mods, read this thorough article on How to install mods. Addon name:   gcmfortuner14