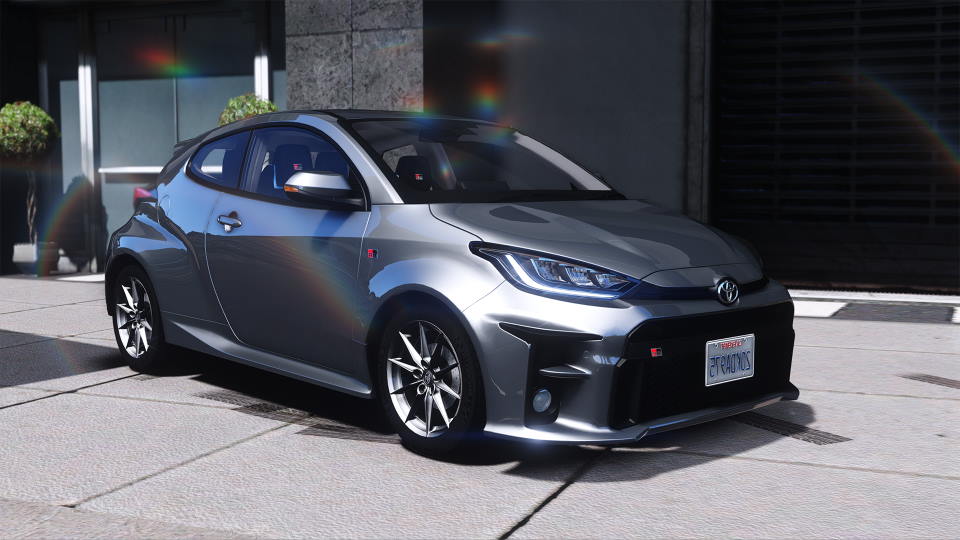 Due to the homologation rule, another legendary creation by Toyota has been added to the list of road cars available to us. if you don’t know what homologation rules are, it is basically a type of approval process for vehicles to be eligible to race. Toyota needed to produce 25,000 GR units in a 12month time span, so this little car can participate in FIA World Rally Championship.

Toyota Yaris is available in two engine options. The first one is a Gazoo Racing built which is a 1.6L turbocharged engine capable of producing ~260hp. and the second one is a 1.5L engine that can produce 118hp which is found in regular Yaris models.

It’s really interesting to see which plans the future has for the GR brand. It seems that GR is going to be responsible for making many cool and exciting cars for Toyota in the upcoming years as there are rumors about GR releasing a sport version of the Corolla hatchback in the near future.

The Toyota GR Yaris GTA 5 mod that we have provided for you, has a well-made, high-quality exterior. To see the list of all the features available for our mods visit this article.

If you are not familiar with installing mods, read this thorough article on How to install mods. But if your game is already suitable for mods you can add the mod to your game with this name: gcmgryaris

Model from Asseto Corsa ( downloaded from a VK page)