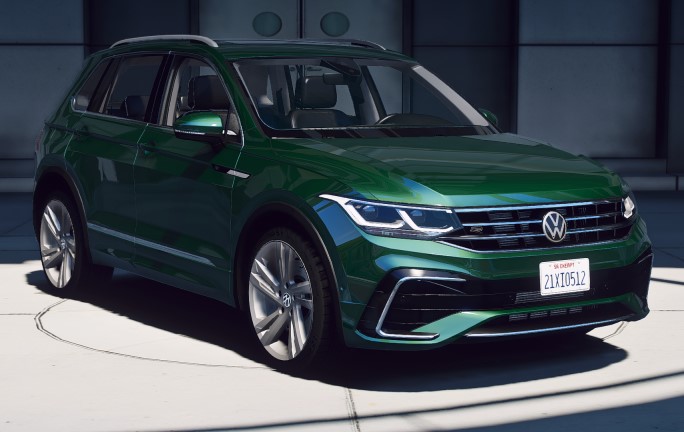 The Volkswagen Tiguan is a compact crossover SUV made by the giant German car manufacturer, Volkswagen, since 2007.

The first generation was in production for almost 10 years until the second generation came in 2016. The facelift variant was introduced in 2020 with new trims and also a new version of the Tiguan, the Tiguan R ( R is the performance-based model for Volkswagen ).

The Volkswagen Tiguan 2021 is the facelift variant of the second generation of the Tiguan Lineup and with the facelift, it resembles a crossover version of the famous Volkswagen Golf. It is available for different markets such as North America, Europe, China, India, and Australia.

There are various power trains for each market depending on their preference. For example, eco-friendly variants are mostly available for Europe, while the more powerful ones are for North America.

The most powerful version of the Volkswagen Tiguan 2021 is the R variant which has a 2.0 liter l4 capable of producing 316 horsepower.

This mod has all the necessary features such as high-quality interior and exterior, functioning lights, indicators, etc.

The model also features a trunk and a 3D Engine bay while having all the functional features that are listed here: Our GTA 5 car mods main features.

If you are not familiar with installing mods, read this thorough article on How to install mods.
Addon name: gcmtiguan2021