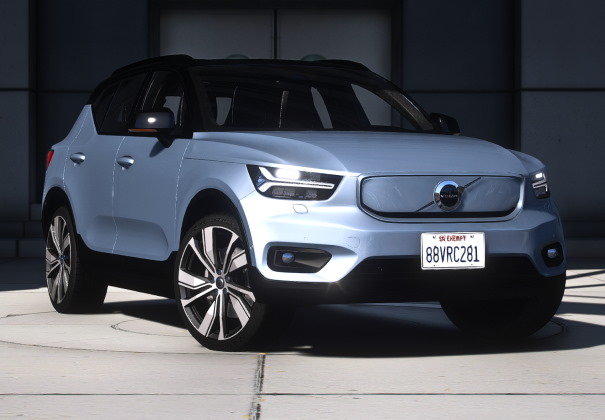 On the outside, the only difference that is obvious at a first glance is the grill which has gone ‘ Electric ‘. As you might know, electric cars don’t require airflow for the engine, because they don’t have any, therefore a functional grill is not required. Still, car companies are designing artificial grills so the car doesn’t look weird for the customers.

The inside of the car is also the same as the XC40. Normally, the interior of electric cars consists of a couple of enormous LCDs, but since the XC40 was already simplistic with its huge vertical LCD in the middle of the dashboard, Volvo hasn’t changed the interior of the XC40 Recharge.

When you open the bonnet, you’ll find the key difference from the petrol version. Instead of a traditional engine, you’ll find a cargo space that is relatively spacious.

The Electric motor in the Volvo XC40 Recharge 2021 is a 75 kWh battery that can produce 402 horsepower. That is the most powerful version of the XC40.

To see the usual functions available in our mods visit this link Our  models main features.

If you are not familiar with installing mods, read this thorough article on How to install mods.
Addon name:  gcmxc40r