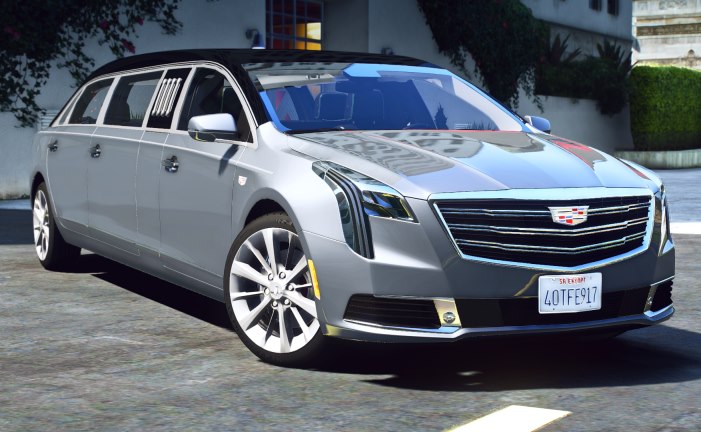 The Cadillac XTS is a luxury 4 door sedan created by Cadillac to replace the STS and DTS.

Its production began in 2013 and ended in 2019, although it continued until 2020 in China. Looking at the sale numbers, it is not a surprise that this lineup had only 1 generation.

The Cadillac XTS features 2 different engines. The first one is a 2.0 L Turbocharged l4 which has a power output of 272 horsepower and is specifically made for China market. The second engine which is available for standard and VSport models is a 3.6 L V6 that can deliver 410 horsepower when it’s equipped with a turbocharger.

Gtacarmods’ first limousin. All the doors as well as the trunk are openable. To open the limousine doors you have to hold ‘ H ‘ to activate the animation.

If you are not familiar with installing mods, read this thorough article on How to install mods.
Addon name:   gcmxtslimo2020