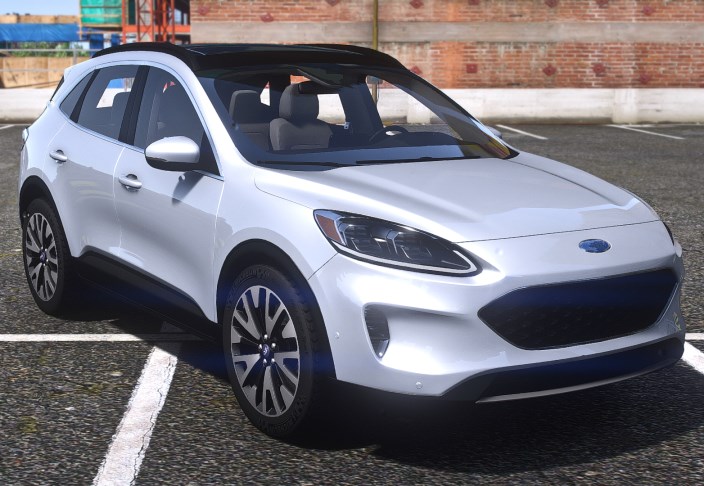 The Ford Escape is a compact crossover SUV sold by Ford since 2000.

It was named Maverick until 2008 and then Ford changed it to Kuga in 2013 for other parts of the world other than the U.S. But for the U.S market, it’s been known as the Escape.

The Ford Escape Titanium 2020 is the 4th generation of the Escape lineup and has been in production since 2020.

Its design is similar to the 4th generation of the Ford Focus, especially at the front of the car.

For this version, Ford introduced 4 new engine-transmission combinations. The base model gets a 1.5L Eco Boost l3-T with a 88 kW Electric motor. The higher trims get 2.0 and 2.5L engines with the same electric motor.

The last version, which is the one that we presenting here, is the Hybrid drivetrain which is Ford’s Plug-in Hybrid Electric Vehicles ( Escape PHEV )

It is interesting to know that Ford sells the Escape in China and Taiwan with a unique front grille that is only available for those markets.

We were not satisfied by the number of mods that we had from the Ford. So we decided to go with one of the popular yet unnoticed cars from the US market.

Usually, modders tend to convert Shelbys and Mustangs when it comes to converting something from Ford. We wanted to change that and bring something new.

This mod has an HQ exterior with a flawless interior. Every little detail has been modeled in the interior with the correct material. Also, the trunk is available and ready to use. But there is no engine and engine bay.

If you are not familiar with installing mods, read this thorough article on How to install mods.
Addon name:   gcmescape2021