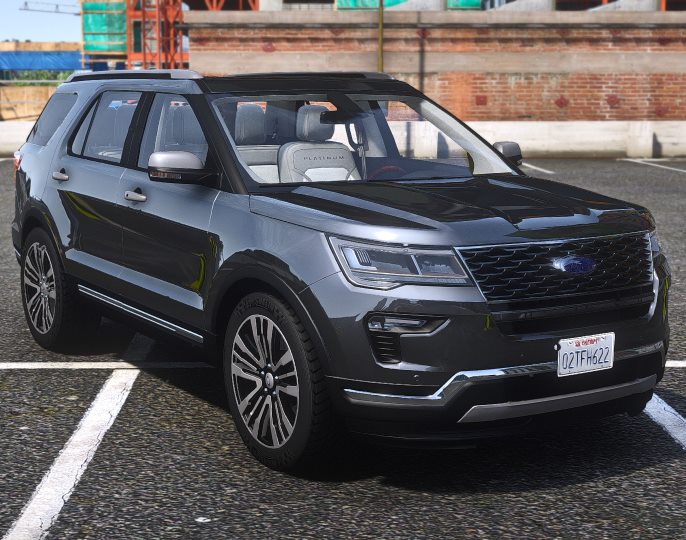 Explorer is an SUV manufactured by Ford since 1991 and it was introduced as a replacement for the Bronco. In the span of 30 years, there has been a total of six generations of Explorer released to the market.

The model presented to you here is the facelifted version of the 5th generation of Ford Explorer.

Actually, the 5th generation of Ford Explorer received 2 facelifts, the second one introducing minor changes such as LED headlights and redesigned fog lights, compared to the first facelift.

The models that were produced between 2011 and 2019 got a 3.5 Liter engine that could produce 290 horsepower. There was a more powerful engine that was added in 2013 which could get 365 horsepower from that engine.

But the largest engine available for the Explorer belonged to the Police interceptor Utility and had a 3.7 Liter V6.

This mod benefits from a detailed and well-designed interior. The trunk is openable on this mod but since there is no 3D engine, you cannot open the bonnet. To see the list of all the features available in our mods visit this link: Our GTA 5 Mods features.

The Ford Explorer 2019 GTA 5 mod has all the ‘Features’ listed in that article but some of the ‘Model’ qualities are not available such as 3D engine, transmission system, etc.

If you are not familiar with installing mods, read this thorough article on How to install mods.
Addon name: gcmexplorer19