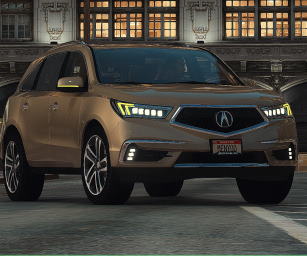 The Acura MDX’s Third generation ( YD3 ) received a facelift in 2016 ( the version of the mod that appears on this page ) and it has 3 different engine options. the most powerful one has a 3.0 VTEC engine with an all-wheel-drive system that can produce 320 horsepower.

If you are not familiar with installing mods, read this thorough article on How to install mods.
Addon name: gcmmdx18

check our Discord channel and our Instagram to get the latest news as fast as possible.