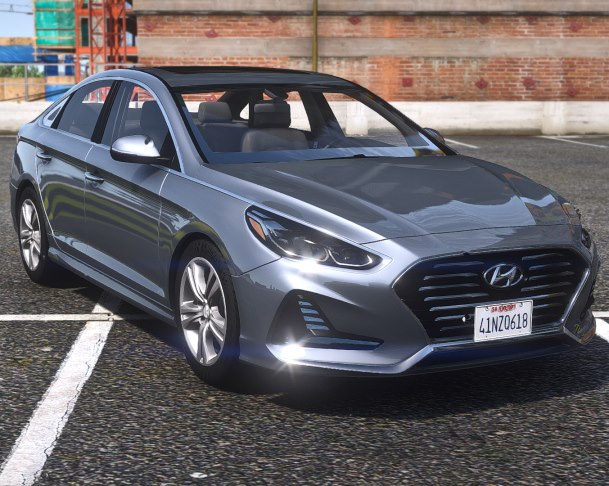 The Hyundai Sonata 2018 compared to the pre-facelift version has almost the same interior except for the steering wheel. On the outside, however, the story is different. Both the front and the back of the car have been redesigned with taillight and headlight restyling. The facelift has changed the looks of the car completely.

For now, you can compare the pre-facelift and post-facelift versions of the Hyundai Sonata 7th generation. Hopefully, in the near future, you’ll be able to collect the whole Sonata lineup from our website and see the progression they’ve made on this magnificent car, up close in GTA 5.

To see the list of all the features available in our mods visit this link: Our GTA 5 Mods features.

If you are not familiar with installing mods, read this thorough article on How to install mods.
Addon name: gcmsonata2018