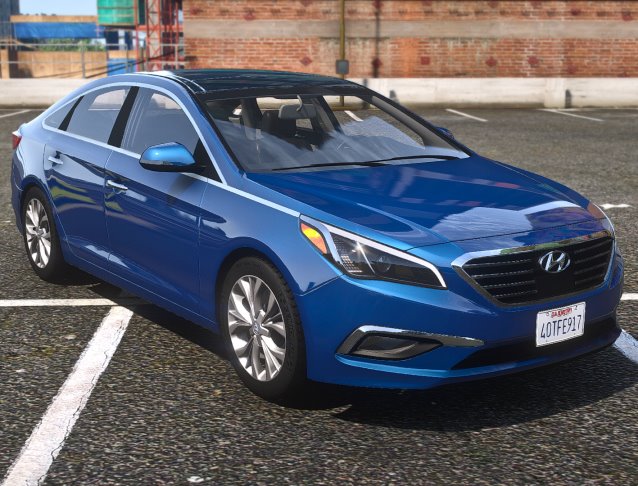 The Hyundai Sonata LF is the seventh generation of the Sonata lineup and has been in production since 2015.

The LF went through a facelift in 2017 which completely changed the looks of the car both at the front and the back.

Back to the LF!. After the Genesis lineup became its own independent brand ( As the luxury brand for the Hyundai, like Acura for Honda ), The Sonata lineup is considered as the most luxurious lineup for the Hyundai.

So, it is expected to see the highest quality components in the LF’s interior as well as a powerful engine under the bonnet. The standard engine for this car is a 2.4 L naturally aspirated one, which outputs ~185 horsepower. Clearly, this is not impressive for a flagship, however,  there is a better option available. Hyundai offers a 2.0-liter turbocharged engine for this car with 245 horsepower.

This Hyundai Sonata LF has a High-quality exterior and interior. We’ve implemented HQ textures for the taillights so it feels more realistic in the game.

If you are not familiar with installing mods, read this thorough article on How to install mods. Addon name:   gcmsonatalf