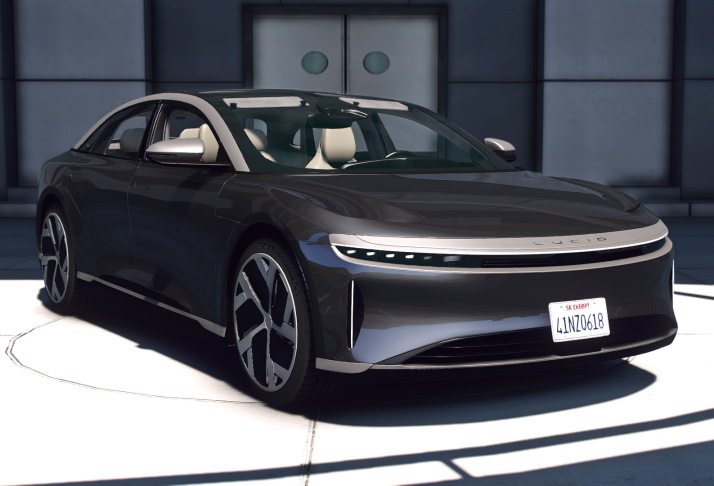 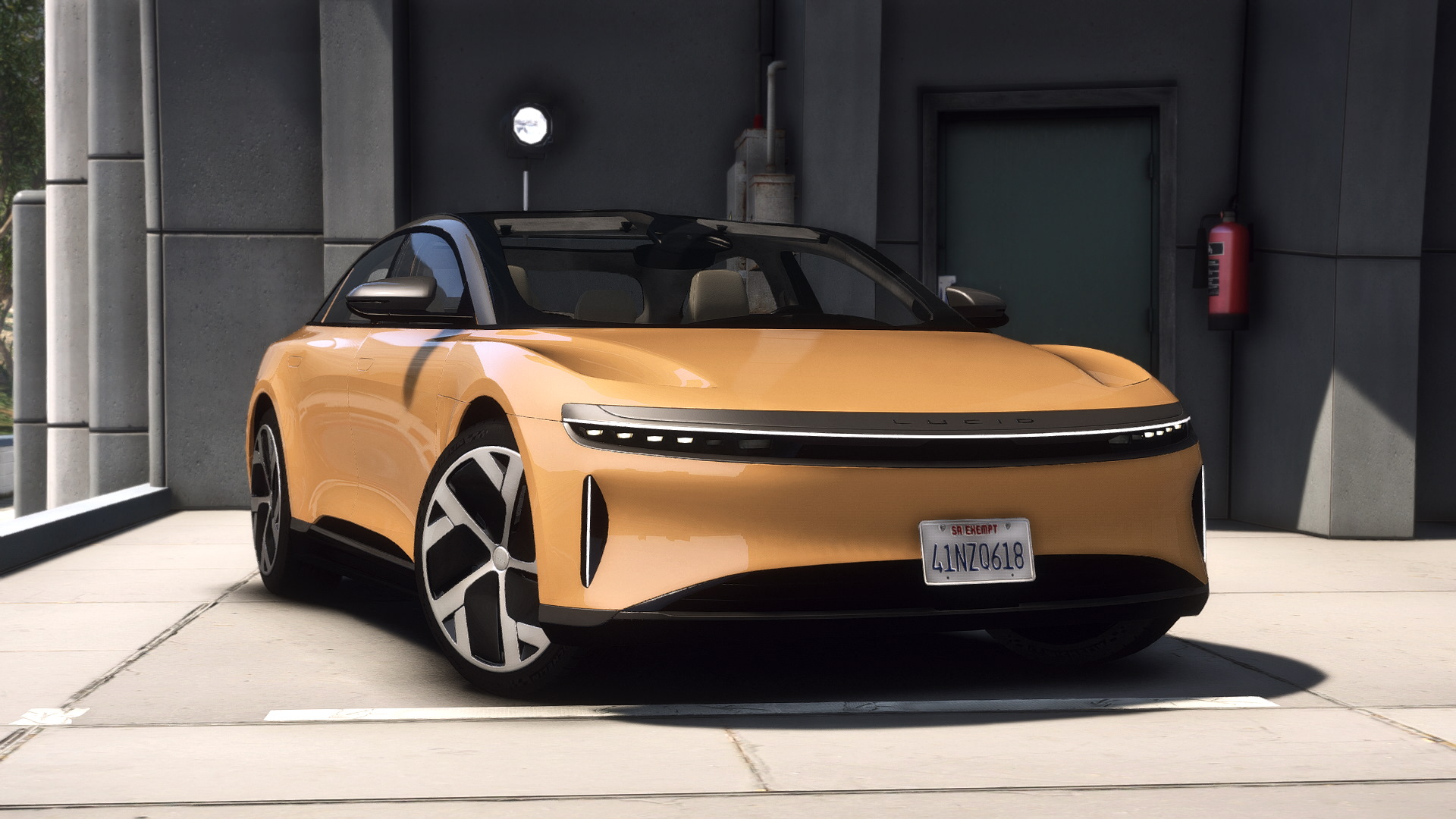 Lucid, is an American electric car manufacturer located in California since 2007.

At the beginning they used to only produce electric vehicle batteries and powertrains for other companies but eventually in 2016 they rebranded to Lucid Motors and started on their own fully electric vehicle project which later turned out to be the Lucid Air.

The Lucid Air is an all-electric car and has had different versions since its release, the most powerful of which would be the Lucid Air Dream edition. 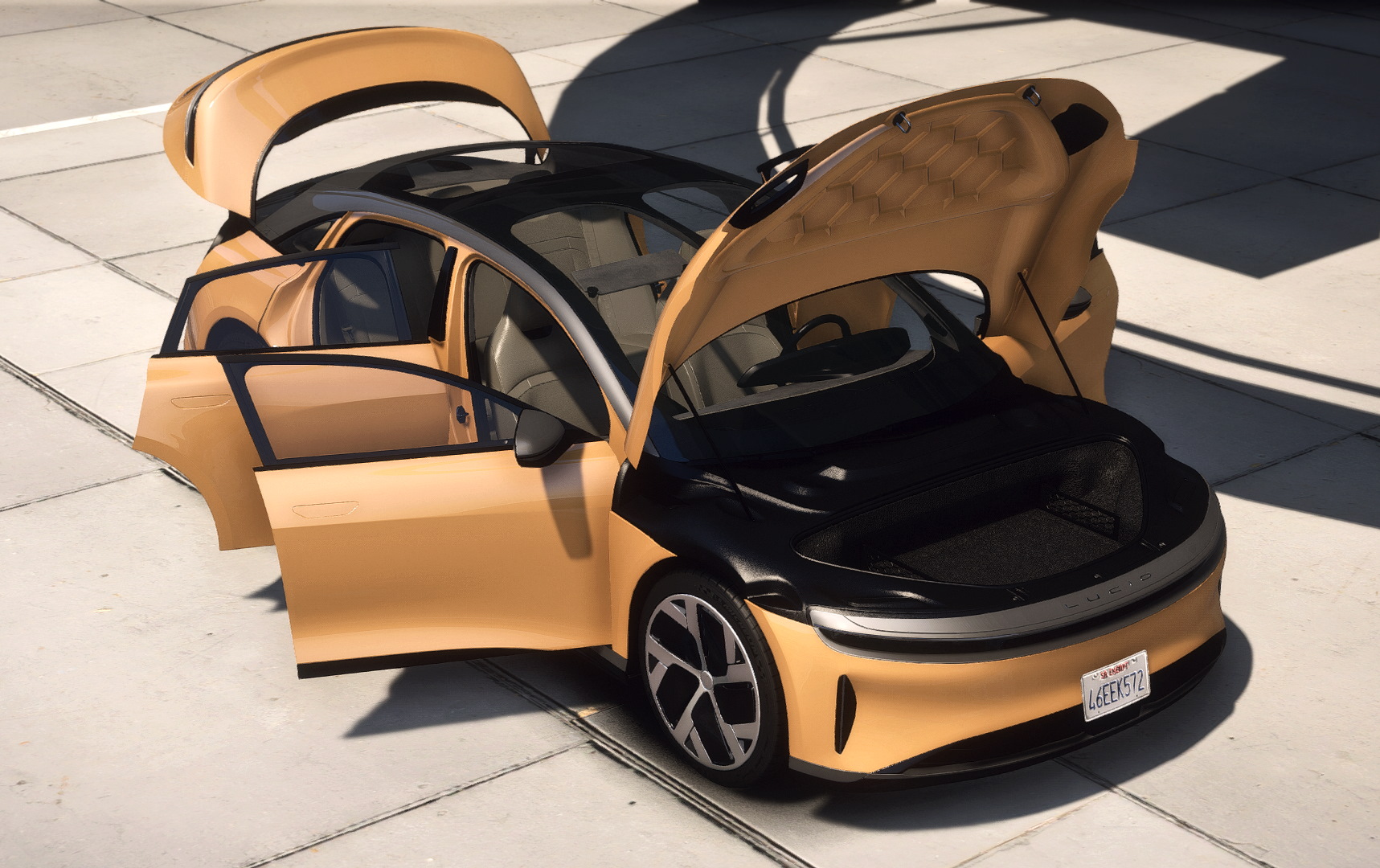 If you are not familiar with installing mods, read this thorough article on How to install mods.
Addon name: gcmlucidair2022

Be the first to review “Lucid Air GTA 5” Cancel reply