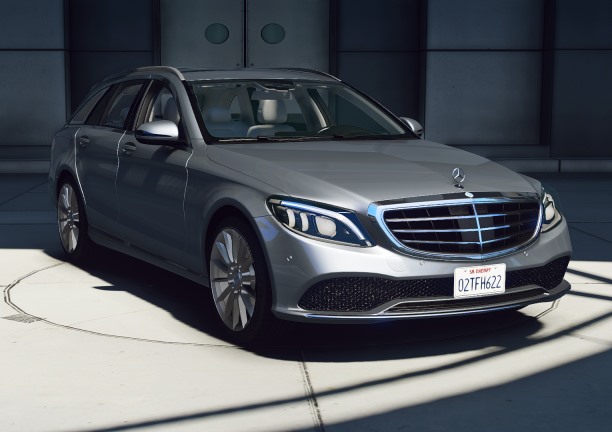 The Mercedes Benz W205 is officially the 4th generation of the Mercedes Benz C-Class lineup and has been in production since 2015.  During its lifetime it received a facelift in 2019 which includes some minor exterior changes like the LED headlights and some interior upgrades.

The station wagon variant which is known as ‘Estate’ in Mercedes Benz lineups, has always been a part of C-Class and E-Class lineups. I think the only C-Class that hasn’t had an Estate variant is the W201 which is not officially a C-Class, rather being the model that started the idea for this lineup.

The Mercedes Benz C-Class Estate 2019 that has been presented here is the facelift version of the W205 so it has all the new features and upgrades compared to the pre-facelift W205.

We were able to optimize this model to make it compatible with FiveM while having an excellent quality for both its exterior and interior.

The model also features a trunk while having all the functional features listed here: Our models main features.

If you are not familiar with installing mods, read this thorough article on How to install mods.
Addon name:  gcmw205station