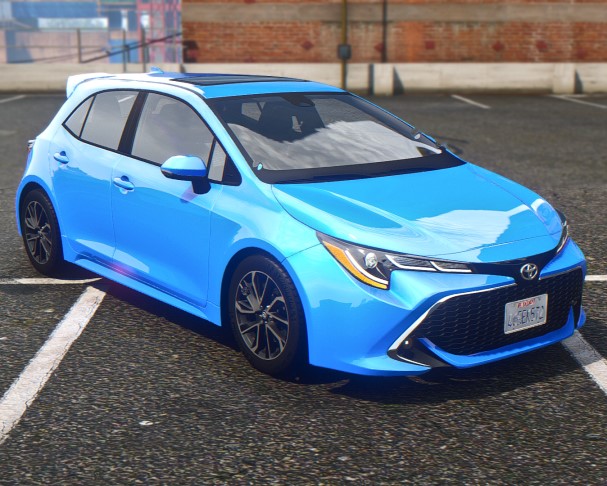 12 Generations! It took Toyota more than 50 years and 12 generations to design the most beautiful Corolla and frankly one of the most stylish Toyota cars ever made.

The Toyota Corolla Hatchback 2021 version is definitely an outsider amongst the usual Toyota products. Toyota cars are well known for their reliability and durability.

So designing eyecatching products hasn’t been their main priority, yet the Corolla hatchback 2021 is so stylish that is definitely a top 3 contender on the hot-hatch leaderboard for 2021.

Since it arrived in the 1970s, the Corolla has always played a pivotal role in Toyota’s success. This family sedan has put huge numbers in sales for Toyota during these years.

Especially since 2002, which began a new chapter for Toyota. China’s market got a taste of this car after 30 years of its release. Since then China has been one of the most successful markets for Corolla products.

This 4-door hatchback comes with a variety of engines. Depending on the country you have 13 different choices ranging from a 1.2 Liter turbo l4 to a 2.0 Liter hybrid.

The 2.0 Liter engine can produce ~170 horsepower which is expected to be boosted massively by the GR group in the near future.

Since the beginning of our website’s activity, we have always wanted to convert a proper Corolla hatchback model. Finally, it is here.

The model used for our mod is actually the best one amongst all other 3d models available for this car. We wanted this mod to have the best highest quality, Both for exterior and interior.

That doesn’t mean we have stopped developing this mod, although at the current stage this mod is finished and complete, like our other premium mods, we always look for ways to improve them and make them even better.

So by purchasing this mod you get access to all of its future updates. 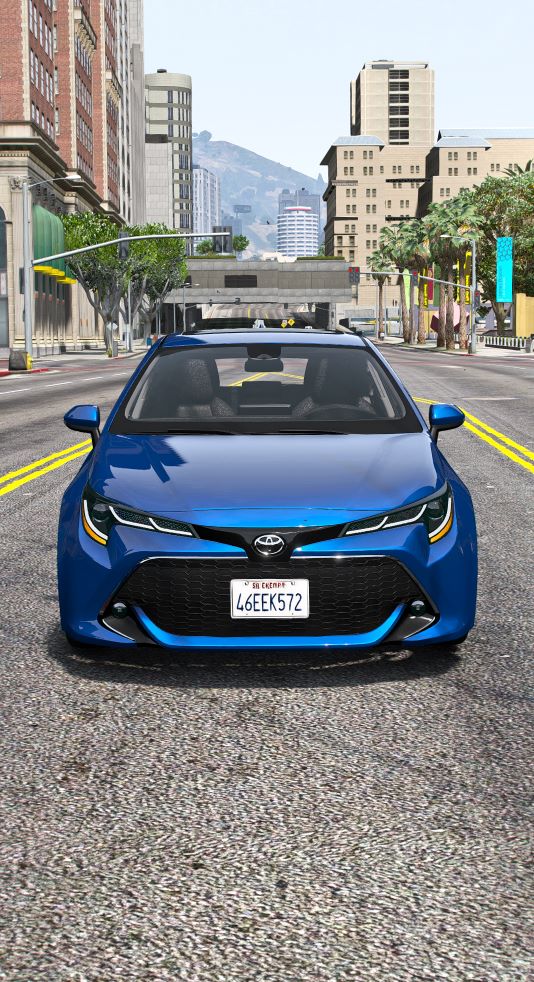 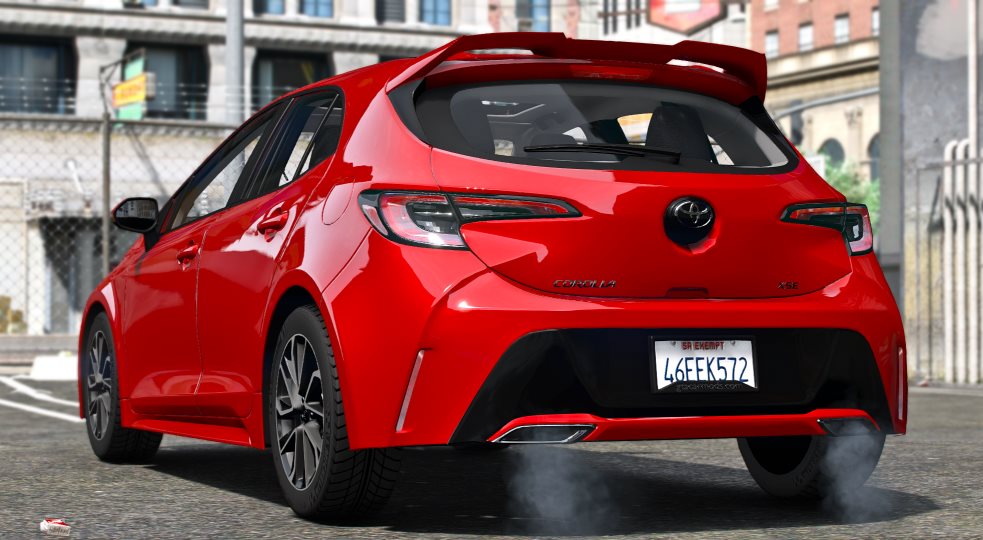 The rear spoiler can be removed ( its extra_1 )

If you are not familiar with installing mods, read this thorough article on How to install mods.
Addon name:   gcmcorollahb