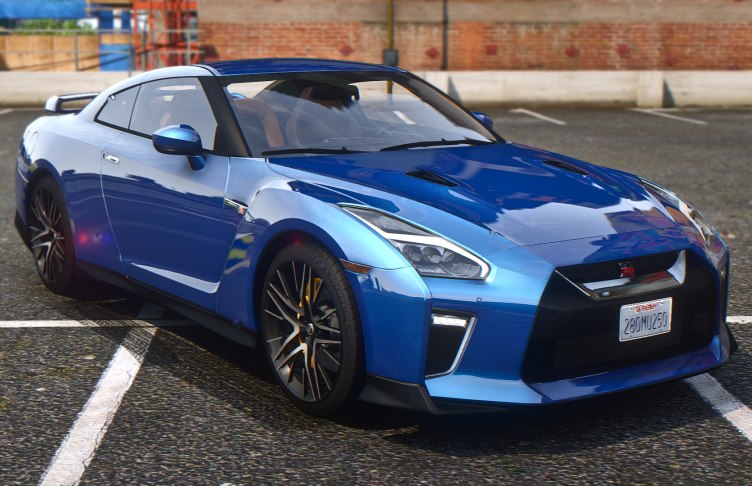 The GTR is probably one of the most iconic names in the motorsport industry. The successor to the Skyline GTR which is undoubtedly the most famous and popular product of Nissan, The R35, has been in production since 2007.

During its existence, the Nissan GTR R35 has been named a couple of nicknames. The Godzilla and the Supercar-killer are the most well-known ones.

Since 2007, the R35 has had 2 main facelifts. To be honest neither has done much difference to the looks of the car and the general style of the r35 has remained the same.

The Nissan GTR r35 Premium 2021 is probably the last iteration of the R35 brand and your last chance to finally experience this car. Soon we can expect the new GTR to be introduced.

The first GTR has arrived on our website. We wanted to make a tribute to this car before it gets replaced by the next generation.

We decided to make 2 separate versions instead of combining both of them ( Premium and NISMO ) into one add-on.

It is important to us to demonstrate the key differences between different versions and be able to compare them. This way we can build the archive we have always wanted to have. So although we know you might like to have all the different versions into 1 addon, this is the method we prefer to do.

If you are not familiar with installing mods, read this thorough article on How to install mods. Addon name:   gcmr35premium